“When Lilly, rocked by a family secret, agrees to trek through the Australian outback with her newly-discovered father, brother, and niece, the terrain is as remote and unfamiliar as her traveling companions. There in the crowded vehicle, the torment of past relationships pursues her—wanting adventure while wanting safety, feeling cramped and yet never close enough. A poignant and witty story of survival, trust, and awakening.”

– Susan Henderson, author of The Flicker of Old Dreams – 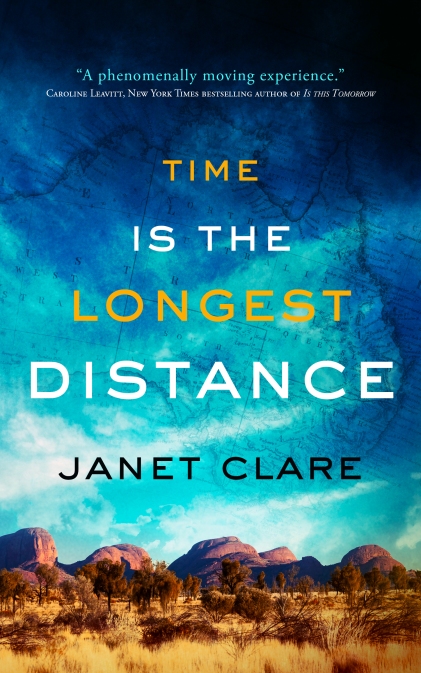 Lilly, a 45 year old New Yorker, travels to Australia in search of the father she never knew after her widowed mother confesses to an affair.

Arriving in Melbourne, Lilly meets her half-brother, Grant, a desirable platypus professor, and his twenty-something daughter, Jen. Together, they provide fair warning for Lilly about her father, Cameron, a cankerous  rogue and legendary explorer.

The meeting doesn’t go well and Lilly storms out thinking she’s made a big mistake. But Cameron manages a half-hearted apology and challenges her to take the same trip her mother made with him on the Canning Stock Route, one the roughest outback tracks in the country. Lilly can’t imagine Ida, a beige-haired, meticulous, and spiritually selfish woman, going on such an adventure, and, along with the revelation itself, serves to upend any notion of just who her mother is, and acknowledging it wasn’t only Lilly’s father who was unknown to her.

Grant refuses to let Lilly to go it alone with Cameron, and he and Jen, alternately bored and preoccupied with looking good, come along for the journey. The hard days and nights in the harsh desert provide time and space for Lilly to recall the years with her ex-husband, Stephen, artist and all around drunk, perhaps the great love and surely the great disappointment of her life.

Enveloped in sand and dust, Lilly faces the real power and destructiveness of secrets, of sexual taboos and the thrill of transgression. In this place where deception is as inevitable as death that comes not just as an ending, but as a lesson in the naivete of thinking any of us are ever exactly where we belong in the world.

6 Replies to “Time is the Longest Distance”